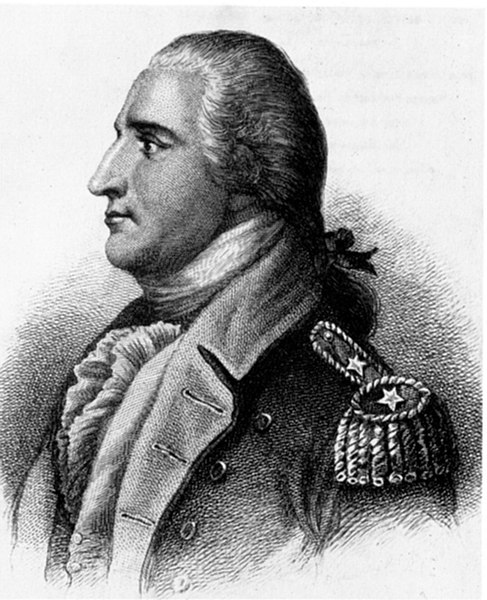 Obama regularly gives aid and comfort to America’s enemies. If Obama had lived in 1780 and did half the things he is doing now, then he would be hung on the town square every day for a month.   The reason he gets away with it, is because millions of Americans have betrayed America. They have condoned his treason and are not worthy to be called Americans.

The list of Obama’s aid-and-comfort-to-the-enemy is so long, that you have to willingly ignore it to not be infuriated. If America continues to ignore Obama’s treason, then it might as well revisit Benedict Arnold’s legacy and change it to “Benedict Arnold: Patriot of the United States of America.” Obviously, treason is no longer a serious matter in the USA; therefore, Obama can violate his oath of office to “protect and defend” with impunity. A nation this careless will fail in the near future.

People like Hillary Clinton and Barack Obama have been removing brick after brick from our Christian foundations for decades. They call it progress and thus the term “progressive”. It amounts to a premeditated and calculated conspiracy to demolish our righteous Christian nation; hatched in the very bowels of hell. Satan himself is the chief conspirator and progressives are his servants in the overthrow of the United States. (Isaiah 14:6)

Progressives have been quite successful in hacking their way through the mighty bulwark that supports the once great USA. They have taken a machete to marriage, the family, Biblical capitalism, public Christian prayer in the name of Jesus, guaranteed protections of life and liberty, the public display of things Christian, femininity, chivalry and many other Christian moorings. In essence, they hate traditional America and want to remake it into their own image and likeness.

The Democrat Party has become the preferred vehicle for this antiChrist spirit. I am specifically warning all people, who are in the Democrat Party and call themselves Christian, to remove themselves from this evil unGodly entity while yet you may. If you refuse to disassociate yourself from this antiChristian organization, you can prepare yourself to witness the contamination and defiling of the ones you love. The Democrat Party is unclean and void of wisdom and it carries a communicable disease that saturates the mind with infectious terminus. It is so spiritually blinded, that it calls good evil and it calls evil good. It is willingly deluded in order to feel good about what could otherwise never be felt good about.

Wake up Christians! The peace and safety we have enjoyed for so long in the USA is being pirated by spiritually blind people, who speak beautiful flattering words while harboring evil designs in their hearts. Not many years hence, these infected people will seek to kill all Christians and they will think they are doing Almighty God a service in doing so. My Christian brothers and sisters, these people are enemies and they are enemies of these United States.

II Corinthians 6:17, “Wherefore come out from among them and be separate says the Lord, and touch not the unclean thing, and I will receive you.”

What these traitors are doing is very much like what Benedict Arnold did, and when they get their way, the United States will be relegated to a second-class nation. Only a few more years and it will be done.

Filed under Christianity and Benedict Arnold

Anthony Kennedy, Elena Kagan, Sonya Sotomayer, Stephen Breyer, Ruth Bader Ginsberg: These are the Evil-5. An evil decree of putsch from the caverns of hell have they hatched.Unscrupulous instruments dressed in black proclaiming justice blasphemously. The toxic breath of their treason defileth the nation by tens of thousands.

So-called justices, but they are not, for the ways of justice they do not know. Traitors they are; Benedict Arnolds all. Digressive outlaws with a sentence of hell in their mouth, and revered by many. Iniquity increases throughout the land by reason of their treachery. Their decree stabs the Constitution squarely in the back,collapsing walls no foreign military could ever breach.

The God-fearing righteous are thereby illegally disinvited from holding elected or appointed office legally. Battle lines have been drawn by the Evil-5 in the name of blasphemous progress in callous disregard. They do not realize they place their own souls in jeopardy.

There is a higher Judge watching, whose gaze sees all. They desperately need to repent, but their blindness hinders. After we die the judgment awaits. The wise man will think again and turn while there is time.

I call out the U.S. President, the U.S. Congress, the Governors of the 50 states, the Legislatures of the 50 states, the Supreme Courts of the 50 states. It is your duty to disallow the Evil-5 to usurp authority not belonging to them, or will you instead aid and abet their coupe d’ etat with your silence. I repeat, IT IS YOUR DUTY! I charge you before Almighty God, that you do what you have sworn to do: uphold the Constitution of the United States of America.

Filed under The Evil-5