Woe Woe Woe To The United States Of America 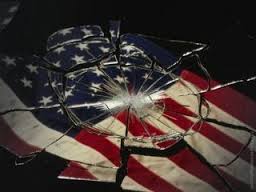 Woe to Anthony Kennedy, Ruth Bader Ginsburg, Sonia Sotomayor, Steven Breyer, Elena Kagan, Barack Obama, Joseph Biden and many other high-ranking officials both past and present. They better repent while there is still time, for their offense is very great. The liberals can celebrate for the time being if they wish, but the “Judgment Day” is coming and the Almighty is very displeased with the Supreme Court ruling on homosexual marriage. I speak by the authority of Almighty YaHVeH. You can kill the Almighty’s prophets and preachers if He allows you to, but you will fall in the “DAY OF JUDGMENT” if you remain in rebellion against the Almighty!

There is no dignity whatsoever in the marriage of two sodomites. Sodom and Gomorrah are still suffering the vengeance of eternal fire after thousands of years, even as the U.S. Supreme Court announced its stupendously foolish ruling. Open wide the gates of hell. Hell enlarges itself for increased 10,000’s of Americans, who have been led astray by the universe’s greatest outlaw Lucifer.

A little leaven leaveth the whole lump: a little compromise here and a little compromise there. Incrementally we sell our civilization down to hell, and it is virtually impossible to turn the rudderless ship around. The liberals call it progress, but even Vladimir Putin understands this skulduggery for what it is.

My great-great-great-great-great grandfather shed his life’s blood in the Revolutionary War with many other courageous and brave men, to conceive a Godly nation. This country aspired to greatness through its God-fearing settlers, and the liberals have squandered their blood sacrifice out of sight out of mind. The liberals do not have the strength or integrity to build anything great, but they are masters at ripping up foundations and tearing down structures. They party and fiddle with delight as everything holy burns to the ground.

America, prepare for desolation! It may not come soon, but yonder your destruction looms upon the horizon. Rejoice ye sinners and haters of Almighty YaHVeH. You have succeeded in wrecking the once great and mighty United States of America. You have grown tired and bored with righteousness and goodness and have desired a new thing. Well now you have it, but it is riddled with holes and with vermin. Your new and tattered thing will not stand, for it has no solid foundation. It will surely collapse and great will be its ruination, but you go ahead and dance on by the light of the moon, while it wobbles and staggers around unnoticed by its drunken debauchees.

You are like unto the ruin of the Roman Empire and the collapse of the Spanish empire and the decline of the English empire, except and unless you turn around. You are a proud and haughty nation. You think that the Most High does not see, but YaHVeH sees. YaHVeH is watching from afar and what you are doing is not going unnoticed. Your joy will be turned into sorrow and weeping and none will deliver you out of the hand of He who made you great.

The wicked shall be turned into hell and all the nations that forget Almighty God. Psalms 9:17

Filed under Woe Woe Woe To The United States Of America