Category Archives: US Embassy None Of Muslim’s Business

US Embassy None Of Muslim’s Business 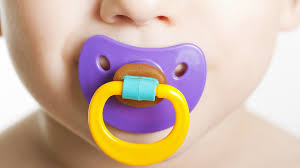 President-elect Donald Trump and his transition team have vocally made known; they intend to move the U.S. embassy from Tel Aviv to Jerusalem. IT MAY BE, THAT ALMIGHTY GOD HAS BROUGHT TRUMP TO THE PRESIDENCY, BECAUSE HE HAS DECIDED IT IS TIME TO MOVE HIS PLANS FORWARD FOR JERUSALEM!

Palestinian Authority President Abbas is so concerned, that he is seeking the help of Vladimir Putin in keeping the USA from moving its embassy. Isn’t that completely hilarious? A nation’s embassy is the business of that nation and the host nation only! Only Israel has the authority to resist Trump’s proposal.

There are rumors of massive Muslim agitation throughout the world, should the U.S. move its embassy. This is standard procedure in Islam. They are like a bunch of big babies. If they don’t get their way, then they pitch a temper tantrum, and cry and scream to the top of their lungs. They pout and carry on this nonsense shamelessly. It has worked so effectively in the past, that nation after nation has given the Muslims their pacifier to suck on, just to calm them down.

If YaHVeH has decided it is time for a big change to the status-quo, then there is nothing anyone on earth can do about it. The question is: has YaHVeH made such a decision?

Kellie Leitch, who aspires to become prime minister of Canada, feels the same way Trump does. She has made it known, that if she should become Canada’s prime minister; she will move Canada’s embassy to Jerusalem.

Obama, John Kerry and Samantha Power’s shameful act of attacking Israel recently at the United Nations is backfiring on them. They have unwittingly loosed an avalanche of backlash, that seems to be bringing the exact opposite effect, than they intended.

May Almighty YaHVeH’s peace and blessings rest upon Jerusalem and Israel.

Psalms 137:5-6, “If I forget you, O Jerusalem, let my right hand forget her cunning. If I do not remember you, let my tongue cleave to the roof of my mouth; if I prefer not Jerusalem above my chief joy.”

Filed under US Embassy None Of Muslim's Business