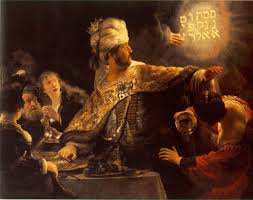 People within the Obama administration have taken incompetence and foolhardiness to a whole new level. Apparently they called Israel’s Prime Minister Benjamin Netanyahu “chickenshit”. It appears to be a fact, because Secretary of State John Kerry reportedly called Netanyahu to apologize on behalf of the U.S. government. How embarrassed John Kerry must feel over the incident. John Kerry himself has cunningly made known his frustration at Israel for not doing more heavy lifting in the peace process with the Palestinians, even though the Palestinians seem to get a pass from him for doing absolutely nothing substantial. John Kerry must feel humiliation at having to be the one to apologize. Personally, I think it is funny. Just when Obama and his sad entourage of co-rulers are gaining more courage to attack Israel more vehemently than ever, one of the gang gets so bent out of shape, that they lose all sense of self-control and call Netanyahu “chickenshit”. Then suddenly by the hand of YaHVeH, the cat-is-out-of-the-bag as the hypocrisy of the Obama administration is manifested. Do these people really think they can outsmart YaHVeH? It was so trifling easy for the Almighty to slap Obama and his gang down in a moment of time. How humiliated they must feel at the need to apologize, so as not to upset Jewish voters less than a week from election day.

Let me share another story out of the Holy Bible. Israel was being troubled on every hand by the Midianites, the Amalaekites, and the children of the east as recorded in the Book of Judges starting in chapter six. Almighty God called a nobody named Gideon to lead Israel against these enemies. Gideon gathered men of war together numbering about 32,000. YaHVeH told Gideon, that he had too many men, because if they defeated this large host, they would believe they had done it in their own strength. After purposefully reducing their numbers twice down to the number of 300 men, YaHVeH told Gideon that He would save Israel through these 300. Read the story for yourself. Gideon and the 300 did as YaHVeH instructed them and 120,000 of the mighty host of Midian laid down in the dust dead along with their foolish kings. This is just one piece of factual history concerning the mighty deeds of YaHVeH, and the rulers of the earth still have not learned their lesson. After thousands of years, they are still attacking the children of Abraham, Isaac and Jacob. Frightfully, some of these rulers are the leaders of my beloved United States of America. In the Book of Genesis, YaHVeH promised Abraham, that He would bless those that blessed him and curse those who cursed him. Obama and his gang are carelessly inviting a curse upon themselves and upon the United States by their very foolish words and actions against Israel. It is no wonder that the USA is experiencing so much trouble. The nations and rulers of the earth best wake up and smell the coffee, before YaHVeH decides that He has had enough, and begins to rain down judgment upon their heads. 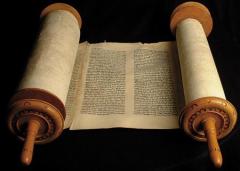 The foundational religious text of Islam is the Koran or Quran. It was written in the seventh century A.D. The writings of the Christian Holy Bible were written centuries earlier.

The Holy Bible of Christianity clearly teaches, that Yahshua Jesus is the Son of Almighty God. Perhaps the most famous passage is in John 3:16:

“For God so loved the world, that He gave His only begotten Son, that whosoever believeth in Him should not perish, but have everlasting life.”

The first four books of the New Testament, known as the Gospels, go into great detail about the Son of God. He was born of the Virgin Mary. He came to save people from their sins. He did many mighty works, including many incredible miracles. Some of these miracles were walking on water, raising people from the dead, feeding thousands of people from a single boy’s lunch, making the lame walk, bringing sight to blind eyes, healing lepers and many others. He knew no sin. He chose twelve apostles to carry on His work. He willingly died a cruel death on a Roman cross as a sacrifice for the sins of all mankind. On the third day, He arose from the dead. Eyewitness accounts of these events are recorded in the New Testament.

Centuries later, on the Arabian peninsula, a man named Muhammad spoke these words:

Consider this. The Christian Bible says clearly that Yahshua Jesus is the Son of God. The Koran says clearly that God does not have a son. We have an exact contradiction. This is proof that the God of Christianity and the god of Islam are not the same god. Christ said that His kingdom was not of this world, but Islam is bent upon world conquest, not only spiritually, but also politically and by force if necessary. These two world views are mutually exclusive, and incompatible. It is impossible that they are both right.

The well-being of your and my soul completely depends on wisely searching out the truth and then aligning ourselves with the truth. It is foolish to play the game of “all religions are a pathway to heaven.” It is also foolish to not search out the truth with all of your heart. The prophecies in the Old and New Testament have never failed. Christ demonstrated His divinity with many infallible proofs. Josh McDowell has written two wonderful books that clearly make a compelling argument to put your faith in Christ for eternal life. The book More Than a Carpenter and its parent work Evidence That Demands a Verdict are marvelous resources for carefully weighing the validity of Christ’s claims if you are interested. Remember, after we die there is the judgment, and we will all participate in that event.

Filed under The Holy Bible