Pope Must Fire The Fornicators 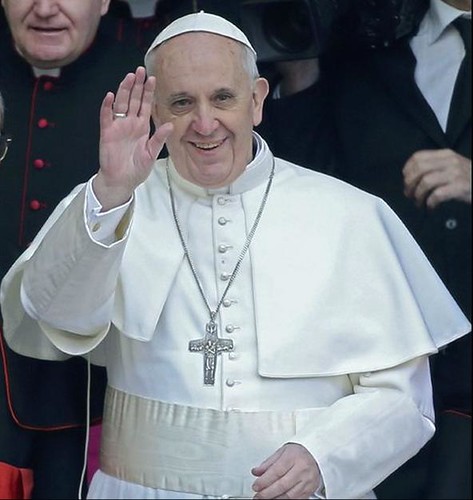 Scandalous is the word. For many many years now, the Roman Catholic Church has had one scandal after another concerning priests molesting boys.

Mark 9:24, “And whosoever shall offend one of these little ones that believe in Me, it is better for him that a millstone were hanged about his neck and he were cast into the sea.”

The pope is the leader of the Roman Catholic Church, and he must not allow sexually inflamed priests to continue to harm these boys. You cannot call an organization that aids and abets such vile practices a good Church anyway. The true Church will not tolerate the epitome of evil to rule among its ranks, and Christ expects us to defend the innocent instead of harming them.

The Roman Catholic Church must do away with their foolish mandate, that their priests must be celibate. The Holy Bible is the basis for all sound doctrine, and no where in the Holy Bible is there a requirement that priests may not marry, quite to the contrary.

I Corinthians 7:1-2, “Now concerning the things whereof you wrote unto me: it is good for a man not to touch a woman; nevertheless, to avoid fornication, let every man have his own wife, and let every woman have her own husband.”

I Corinthians 7:9, “But if they cannot excercise self-restraint, let them marry, for it is better to marry than to burn with lust.”

The Church, of all things, should be a Christ-like example and not an example for Satan and evil. I will carry it one step further. Any man that has sexual relations with  a boy is worthy of death, and how much more a priest or pastor, who is supposed be showing the way of eternal life.

Mr. Pope, get your act together and clean up this cesspool. You will answer to Almighty God, if you do not punish your guilty priests and purge the Church of these vile sexual abusers.

Filed under Pope Must Fire The Fornicators