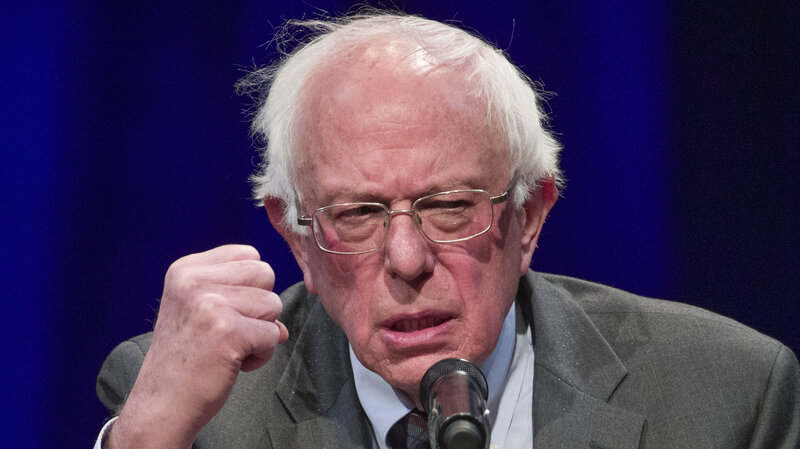 Bernie Sanders is worthy to be the object of my newly coined phrase odio-Christianos. It means: hatred of Christians. When a man takes the side of Islam against Christianity in the United States, he tramples the blood of countless patriots, who died for freedom of worship to Almighty YaHVeH and His Son YaHshua Jesus.

Bernie is only one in a growing chorus of Babblelonian assassins, who have grown unusually hostile to the underlying strength, that made America great.

I will use one of my favorite lines here: My great-great-great-great-great grandfather fought and died in the Revolutionary War for this great bastion of freedom we call America, which has protected Christians and Christianity from the very beginning. I am neither embarrassed, nor ashamed to stand proudly with my forefathers in this matter.

The Babbleonian assassins; known as, progressives, Democrats, and the Left are systematically seizing the righteous mantle that made America great, that neither they nor their progenitors (figuratively speaking) shed any blood whatsoever for, and are perverting said mantle into a bloodstained filthy garment of unrighteousness.

If these parasites had lived back in the 1700’s; they would have had neither the courage nor the strength to build a nation such as this; and yet, they boast a game that is nothing short of  oxymoronic.

Stand tall my brothers and sisters in Christ. Do not waver in the fight for America, for the sake of our children and grandchildren. If you will not take a stand while the battle can make a difference, do not cry in a few years when it is too late to pass to them a safe country in which to live. Our freedoms cannot be retained without a continual struggle against the forces of evil, that work day and night to bring them down.

Would you rather live a life of entertainment, comfort and pleasure, instead of playing a leading role in real-life of preserving our life and liberty for our posterity? Think about it. Think hard and long about it. You can truly while your life away living in your pretend world, but as you are doing that, the forces of the Left are busy unraveling your children and grandchildren’s safety and well-being.

Research Governor Cuomo and Governor Northam’s vendetta against survivors of abortion and think about that. Snap out of it and wake up! The battle rages while Americans are in an oblivious stupor of boredom, only wanting people like me to shut up.

I can almost hear a fellow Christian and others saying, “Mickey is so insensitive and mean!” Nice kind words here are not getting the job done. I beg you to wake up and think about this. Please?