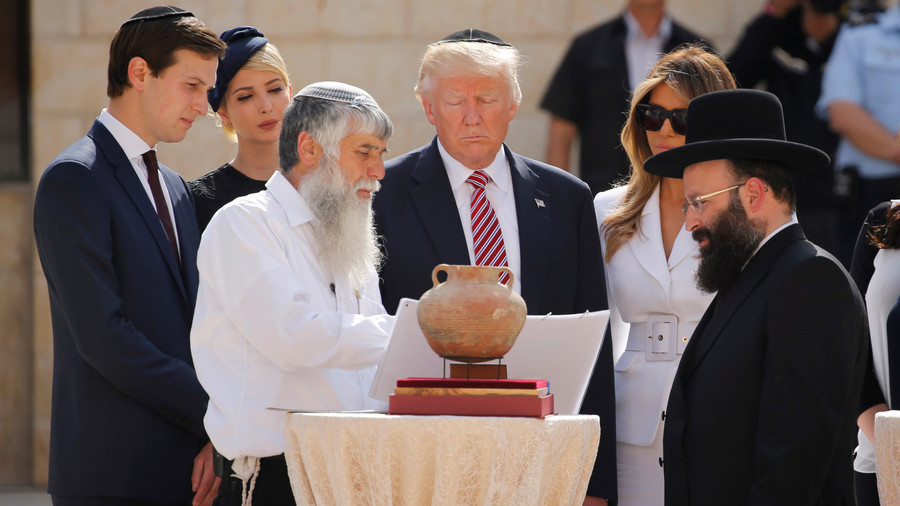 You can love President Trump or you can hate him, but considerable evidence suggests, that the Almighty raised up Trump to fulfill prophecy.

Remember the bold words of former presidents, who declared that they would move the U.S. embassy to Jerusalem, then timidly failed to follow through. Enter Trump, who boldly moved our embassy, in spite of multitudes of warnings of catastrophe if he did so. Where is the catastrophe? Almighty God blesses them, who do boldly for Him.

President Trump is the only SITTING president to have visited the Western Wall. Too many others were apparently afraid of offending Islam.

Scores of fainthearted leaders around the world are too afraid to even venture where President Trump frolics cheerfully. The contrast is so great, that it suggests the hand-of-God.

According to Almighty God’s own personal timetable, prophecy after prophecy in the Holy Bible is being fulfilled in sudden unexplainable ways. What many foolish souls have characterized as “impossible” has come to pass overnight, after thousands of years.

What will the Almighty use President Trump to accomplish in the future? Very exciting question. Will he help them with building their temple? Will he exercise his power as President of the United States to recognize the West Bank as being a part of Israel? Only Almighty God knows the answers to these and He will have His way in spite of the naysayers.

Israel will build their temple again, the false-Christ will rule the whole world for a very few short years, the true Messiah YaHshua Jesus will return to earth for His faithful ones, the judgment day will take place, and those who have put their trust in Christ will will live with Him forever. Of this you can be sure.